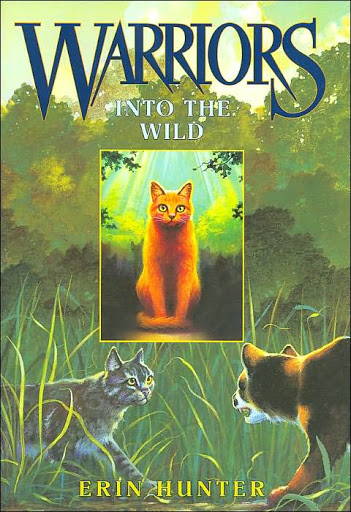 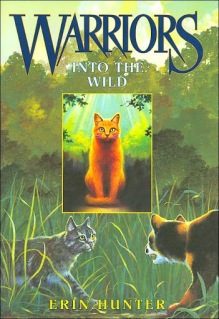 Since last year I have been asked by various students and parents if the library had the Warrior Cats series. The first time I was asked I had never heard of it. The second time I did a little investigating and the third and fourth time I seriously thought about acquiring this series in the library. We finally have the first series of books known as the Warriors Series. These are the original books starting with the first installment titled Into the Wild and ending with The Darkest Hour. While the author of the books is listed as Erin Hunter there are actually four authors. Kate Cary, Cherith Baldry, Victoria Holmes and Tui Sutherland all work together to write these books. They use the name Erin Hunter as their pseudonym. A pseudonym is a fake name usually used by authors and artists.

This series tells the tale of Rusty an ordinary house cat (kittypet) who seeks adventure in the wild. He soon discovers there are many wild cats that are made up into four clans. Each clan follows a strict warrior code of honesty and loyalty to the clan. The series follows Rusty as he transforms from a cautious kittypet into a wise, just, loyal and fearless warrior known as Fireheart. While this series is thrilling and full of adventure each book become a little darker as the series goes on. As you can imagine, books about warriors, even cat warriors, can become quite serious and dark at times. Yet, I think children will find them exciting to read. They certainly will love following Rusty through his journey toward becoming a Warrior Cat.