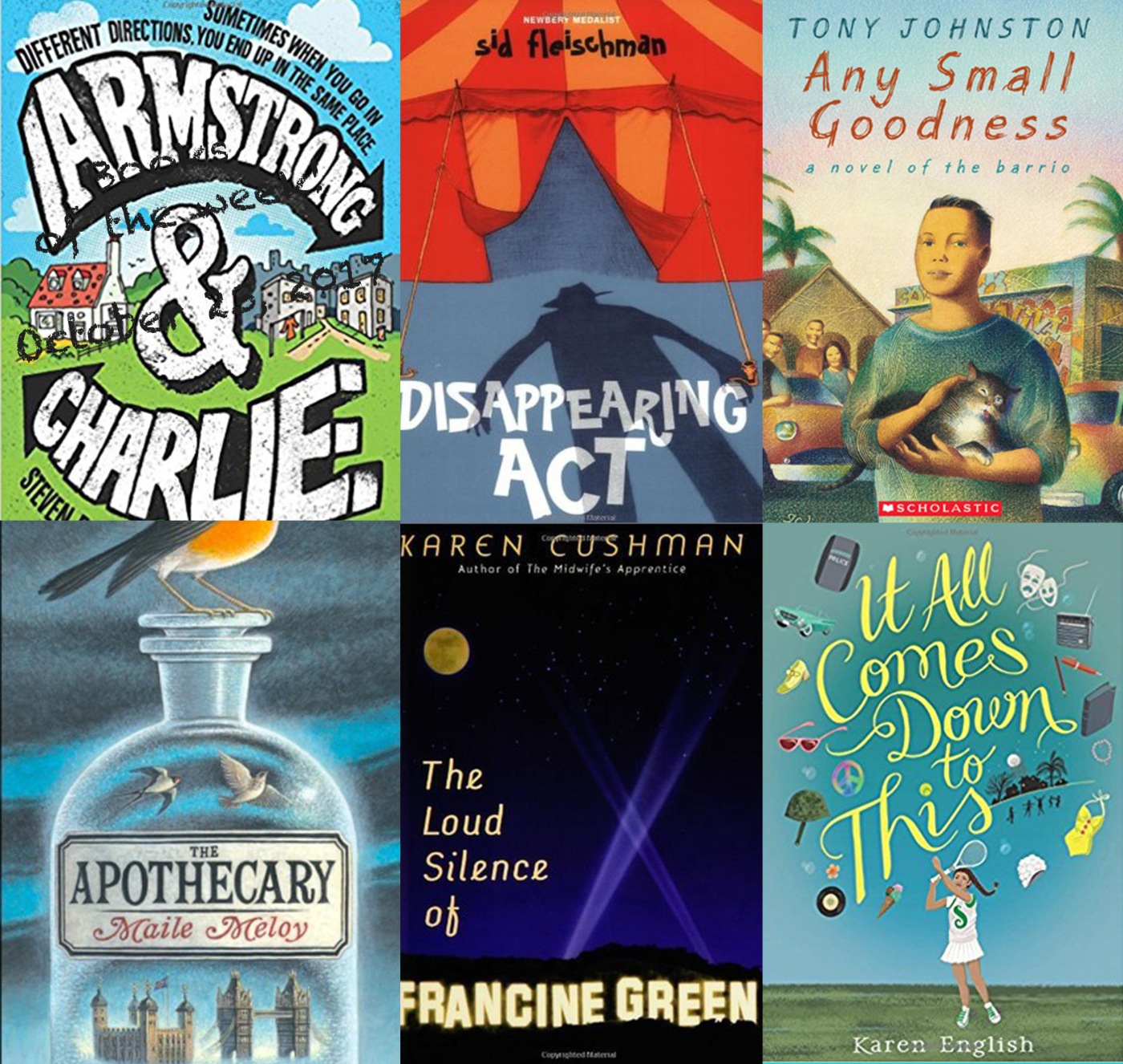 This week we are highlighting books that take place in Los Angeles. We have quite a few novels where LA is an integral part of the story. We always think it is fun to read books that are set in a familiar place.  Here are just a few books set in the Los Angeles area. 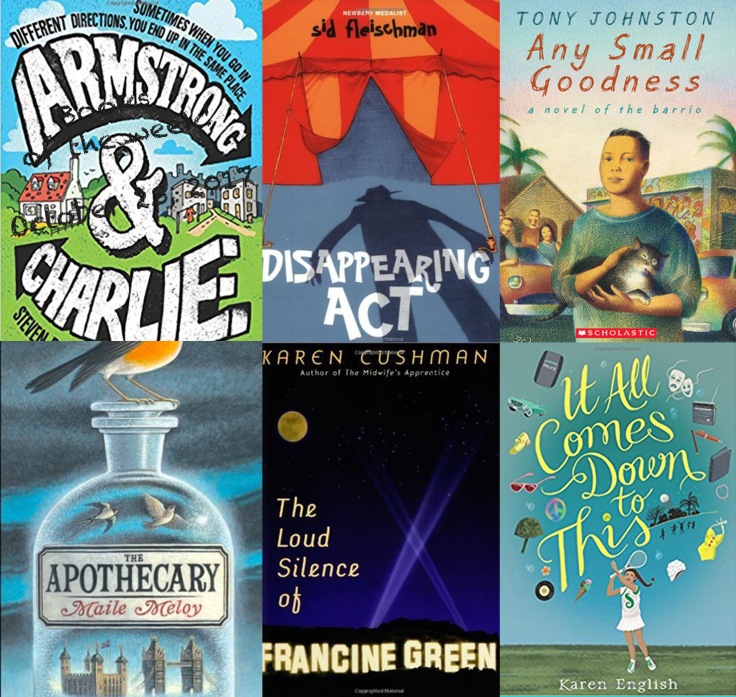 After their archaeologist mother fails to return from Mexico and they discover that someone is stalking their Albuquerque house, twelve-year-old Kevin and his opera-singing older sister flee to Venice, California, where they hope that new identities will keep them safe.

Any Small Goodness by Tony Johnston

Arturo and his family and friends share all kinds of experiences living in the barrio of East Los Angeles–reclaiming their names, playing basketball, championing the school librarian, and even starting their own gang.

The Apothecary by Maile Meloy

Fourteen-year-old Janie Scott, newly arrived in London from Los Angeles in 1952, becomes friends with a mysterious apothecary and his son, Benjamin Burrows, and is drawn into a dangerous adventure with Benjamin when his father is kidnapped and Russian spies try to steal his book of secrets.

The Loud Silence of Francine Green by Karen Cushman

In 1949, thirteen-year-old Francine goes to Catholic school in Los Angeles where she becomes best friends with a girl who questions authority and is frequently punished by the nuns, causing Francine to question her own values.

Armstrong and Charlie Steven B. Frank

“During the pilot year of a Los Angeles school system integration program, two sixth grade boys, one black, one white, become best friends as they learn to cope with everything from first crushes and playground politics to the loss of loved ones and racial prejudice in the 1970s”–Provided by publisher.

It All Comes Down to This by Karen English

“In the summer of 1965, Sophie’s family becomes the first African Americans to move into their upper middle-class neighborhood in Los Angeles. When riots erupt in nearby Watts, she learns that life and her own place in it are a lot more complicated than they had seemed”– Provided by publisher.